The book excels at helping children understand how conflict works within themselves. Tug of War offers engaging exercises that enhance a child's ability to understand the world. These exercises inspire self-observation, and the drawings of award-winning illustrator Rod Cameron enliven the book.

I realize Tug of War's urgency for every child and adult—especially at this moment of unrest. My daughter couldn't stop reading it!

This book is for young people who are concerned about war. This book is filled with creative stories and activities on how to resolve conflict in peaceful ways. It will teach you …

This book can aid parents, teachers, and counselors in helping young people gain:

This book encourages the study of conflict resolution as an integral part of a young person's education! 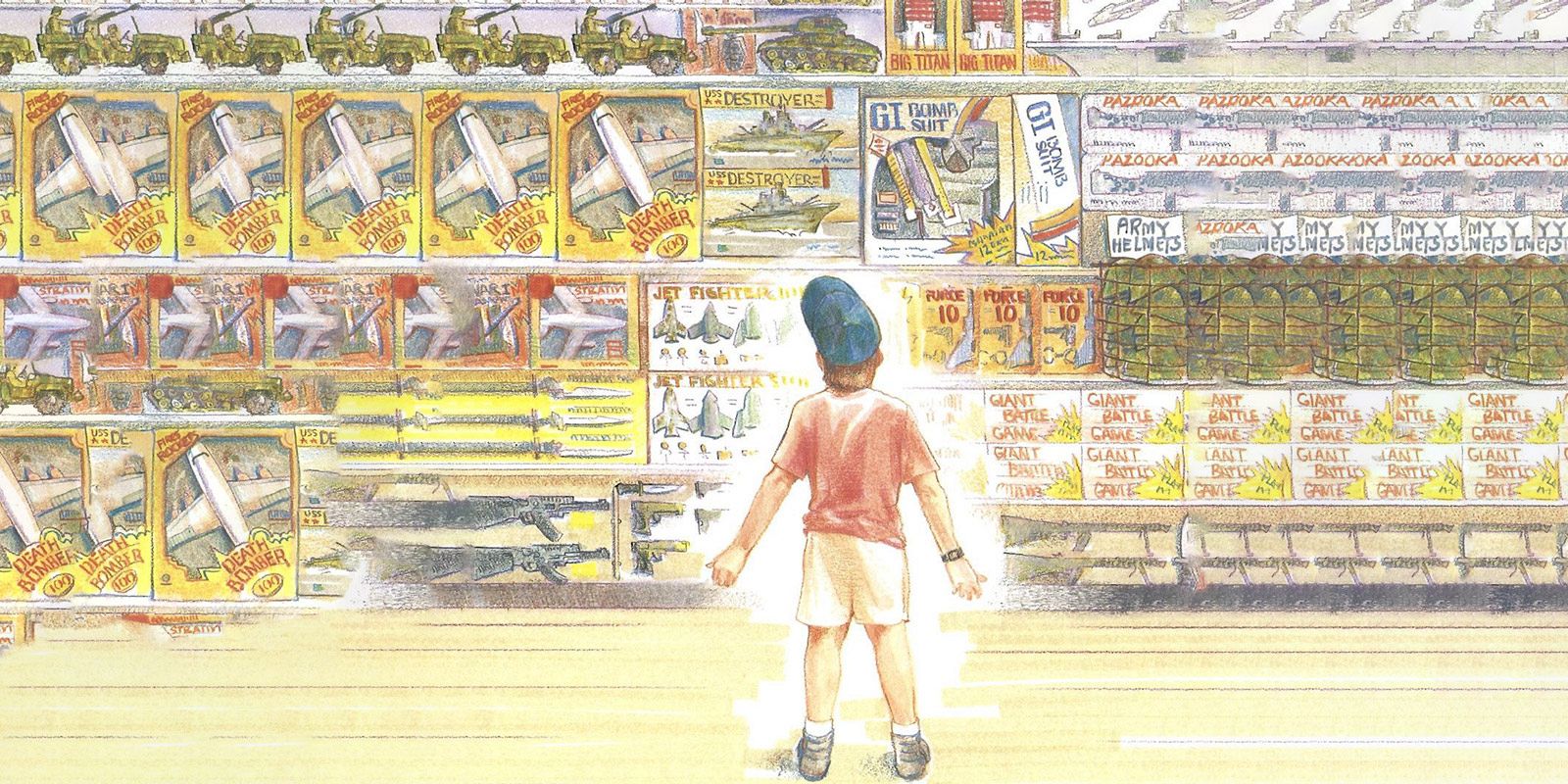 Through the Eyes of Peace: A StoryNo more image, no more enemy, no more war

Representatives of two countries were standing in a large hall in a major city in the United States. They had come from far away, from lands that were at war. Their countries had been battling for centuries - the same war over and over, family after family dying for the same cause: Freedom. As far back as recorded history goes, they had been at war with each other.

Now they were face-to-face in the same space. They began walking nervously around the room. They were meeting without their usual weapons and uniforms, and it was hard to recognize who was who without their military regalia. No one had rank. No one wore medals. They were dressed in similar clothing - shirts, pants, jackets in the style of the United States or Europe.

But neither side saw their similarities. They only saw their differences. And they argued in the great hall.

"You are the terrorists! We are the freedom fighters!" one side would say.

"No, no! We are the freedom fighters! You are the terror­ists!" the other side would retort.

They were rattling off rapid, anxious words - like machine gun bullets.

"It is our claimed Holy Land. Our Holy Scriptures tell us that this land is ours."

"We are the Chosen Ones!" the other side would reply.

"No! Our forefathers were here before yours. See, it says so in our Holy Book. God is on our side!"

"Your God is false. Our God is the only true God!" the other side shouted back in anger. "Anyone not believing that the land belongs to us is the enemy and must die!"

And on and on they went for weeks in these "negotiations," discussions designed to generate an agreement. But there was· no agreement.

There was world news coverage of the goings on. "Experts" interviewed both sides, then wrote news reports and best selling books on the subject. These experts spoke on television, radio, at colleges and universities, discussing complicated reasons why the negotiations were not working. They were rewarded with money and honors around the world for their analysis. In the meantime, however, the arguing continued and the war went on.

One day a young girl visited the negotiations with her father, who was in military service. This was her first time, and she was surprised by all the arguing.

"Daddy, why are they so afraid of each other?" she asked.

"They're not afraid," her father said, embarrassed by her comment.

"What are they shouting about?" she inquired.

"Each one believes in their God and their country, and they are trying to solve the problems of war," the father replied.

"Oh," said the girl. "I thought they hated each other."

"Oh, no, they are trying not to be enemies."

"How could they be enemies," asked the girl, "when they  look and sound exactly alike?"